There was consternation when it was announced that Stephen King’s opus IT was going to be broken into two halves. Certainly the book was long, but the tale of the Losers Club returning to their hometown of Derry 27 years after the traumatic events of the childhood seemed too organic to be cleaved in two.

After the first film detailing the childhood events was released in 2017, concerns eased off slightly.  Andy Muschietti’s direction was effectively chilling, the child actors were exceedingly well-cast and the nostalgia-laced script by Gary Dauberman was…passable. Aside from some unconvincing CGI and an over reliance on jump scares, the general consensus was favourable.

Two years after the first film once again confirmed the blockbuster bankability of horror, the presumably bigger budgeted sequel/finale – propped up with A-list stars like James McAvoy and Jessica Chastain – is ready for its big return. Only this time the result isn’t quite as successful.

Part of this is undeniably the result of an excessive runtime that clocks in at nearly three hours. There’s also a mildly desperate attempt by Dauberman to recapture the nostalgic sensibility of the first film, which occasionally delves into the past to fill in gaps that were omitted from the first film. This produces some of the most tender, sentimental, character-building moments of the new IT, which is an essential feat to help audiences bridge the child actors with their adult counterparts. Unfortunately it is also a creative decision that undoubtedly contributes to a laggy middle section en route to a protracted, overblown final act.

IT: Chapter Two opens with a sequence that simultaneously confirms that Pennywise (Bill Skarsgård) has returned and that Derry remains a truly despicable place. At the annual town fair, a gay couple who engage in a public display of affection are bashed by a group of teen thugs; the more effeminate of the two is thrown off a bridge into the river, where he is promptly dismembered by Pennywise in front of his boyfriend.

The crime scene attracts the attention of a grown-up Mike Hanlon (Isaiah Mustafa). The lone child to remain in Derry spots a message from the killer clown that prompts him to act on the promise he and the others made 27 years earlier. What follows is a series of calls that reintroduces each member as an adult: McAvoy’s Bill is a successful Stephen King stand-in, Bill Hader’s Richie is a successful stand-up comedian, James Ransone’s Eddie is a successful risk-assessor with an overbearing wife, Jay Ryan’s Ben is a successful architect and Chastain’s Beverly is…an abused housewife to a successful businessman (Huh, the misogyny is real).

The exception is Stanley (Andy Bean), who is introduced in one of Muschietti’s flashier directorial choices as the camera zooms up through darkness through a hole in a puzzle board. Little is revealed about Stanley, aside from the fact that he – unlike the others – opts not to return home.

When the Losers arrive for a debrief at a Chinese restaurant, the film briefly recaptures the camaraderie that made the relationship between the kids so memorable in the first Chapter. The smooth transition from light hearted comedy into the film’s first big full fledged horror set piece is seamless, although it also confirms that despite the larger budget, the CGI remain a little on the iffy side.

From here, it’s a trip down memory lane as Mike tries desperately to prevent them from leaving, aids them to shake off their amnesia, and sends them out to recover individual tokens to use in the ceremony that will vanquish Pennywise. The details of the ceremony are vaguely described by Mike and later captured in an animated sequence for Bill, but the idea that the adults go along with Mike’s plan on so few details is one of the most narratively unsatisfying elements of Dauberman’s script, even if it is later explicitly addressed.

The rate of success of the “token” set pieces – intended to replicate the individual encounters from the first film and one of only a handful of times that the child actors appear in a significant capacity – varies widely. Once again, the problematic CGI and reliance on jump scares rear their ugly (often oversized) heads, although at least several of these scenes incorporate some key character development. This is particularly true of Richie’s scene in the arcade and the town square with Pennywise and a giant Paul Bunyan.

IT: Chapter 2 suffers from a lack of genuine scares and some pretty severe tonal shifts between comedy and horror (a character literally cracks a joke on their death bed). There are two other significant issues with the film: 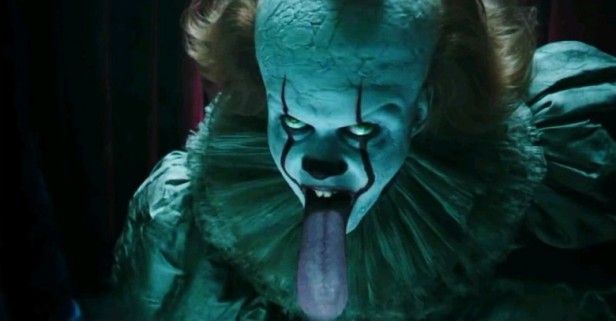 Thankfully most of the other adults fare better. As previously noted, Hader is a stand-out, while Chastain, Ransone and Ryan convincingly mimic their child counterparts’ performance (Kudos, also, to the creative team for ensuring that Ryan’s admirably hot body is shown off in one set piece).

Overall, IT: Chapter 2 will satisfy fans of the first Chapter. The sequel also admirably addresses several of the concerns that were levelled against the first film (its treatment of Mike and its victimization of Beverly) while introducing a few notable LGBTQ+ elements. Shoddy CGI, a long run time and some iffy character work aside, IT: Chapter 2 is a solid sequel that should do gangbusters business at the box office.