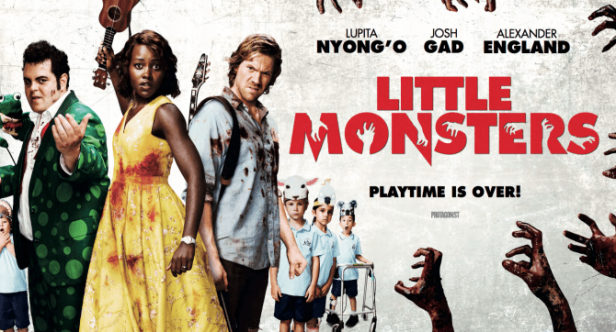 You’d be hard-pressed to find a more charming zombie story than 2019’s Little Monsters, which was written and directed by Abe Forsythe (Down Under) and screened last night at Fantasia 2019. Take one part rom-com, add one part dirty Aussie comedy, throw in a sprinkle of fabulous gore, two immensely likable leads, decent child actors, and one mildly tiresome comic relief, and you have what deserves to be this year’s breakout horror-comedy. Alexander England plays Dave, a terminally-adolescent former metal singer who is staying with his sister after breaking up with his girlfriend over her desire to have a child with him. After he discovers that his nephew’s kindergarten teacher, Miss Caroline (Lupita Nyong’o) is beautiful, nurturing, and musically-minded, he struggles to impress her, even volunteering to chaperone the class’s school trip to the local amusement park. When a nearby military base’s inexplicable collection of zombies breaks free of their captors (as zombies are wont to do), Dave and Miss Caroline must keep their young charges safe and calm, turning the apocalyptic scenario into a game of make-believe. 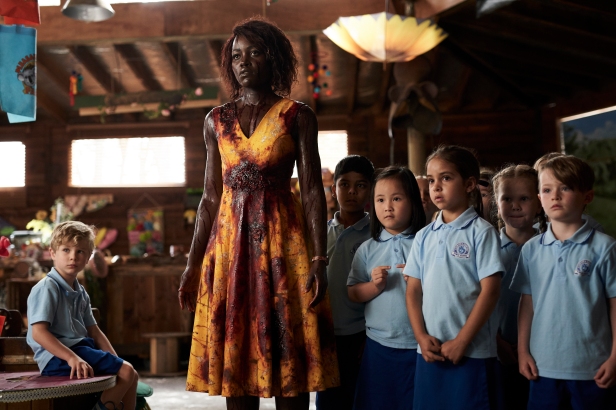 Lupita Nyong’o shines as the effervescent Miss Caroline, a role that allows her to exhibit both deft comic timing and a healthy amount of badassery. Alex England’s Dave believably runs the gamut from perpetual man-child douchebag to ovary-tingling dreamboat, a transformation that is every bit as irresistible as it is predictable. The film’s ever-present humour vacillates between wholesome and vulgar (often in the same scene), eliciting both giggles and gleefully guilty groans.

I cannot stress enough what an absolute delight this film is—while wide release is likely a pipe dream, it’s worth the effort to seek it out wherever you can in the coming months.