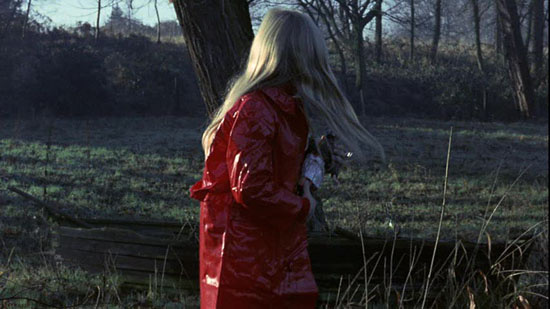 If there’s a genre that depends on the colour red, it’s horror. And, of course, the first signifier we attach to this primary colour is a foundational element: blood. Whether it’s nightmarish waves rolling off an elevator, a sudden spray from a brutally eviscerated body, or a dramatic flourish in the form of a stylistic wash across alarming or gory scenes (and in some cases, throughout an entire film ), we have come to recognize that red is a colour to be taken seriously in the horror movies we all love.

Depending on the shade, it denotes a scale of intense emotions and sensations: violence, aggression, dread, loss, love, passion. Horror is a champion when it comes to manipulating its audience through its colour palette. But what is intriguing, especially in some of the most beloved horror narratives, is the way in which even smaller tokens can recall those emotions and sensations in full force.

By positioning a red prop, household item, or article of clothing within a horror context, immediately the colour pops, cueing the association of blood and danger. Red creates a juxtaposition of the ordinary and the unnatural, estranging us from a comfortable space, and almost always signalling something wicked.

The Red Balloon – It / The Sixth Sense 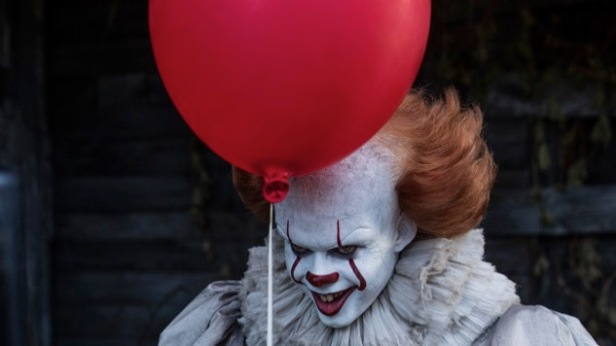 Evil assumes many forms in the various It narratives, but it’s that seemingly innocent bit of red rubber or latex, hovering jauntily at eye level but always out of reach, that effortlessly captures our attention. It appears in the most common of locations — a regular neighbourhood, or even a birthday party like in The Sixth Sense — but transforms a context from one of celebration to one of pure terror, luring us gently into a false sense of security.

Some of the most affecting red tokens in horror are revealed in slower paced films, and they’re incorporated in such a way that their recurrence brings about a sense of foreboding deep in our bones. Haunted house narratives in particular rely on inhabitants to explore their depths, for they hold many secrets tucked away in dark places. When a character encounters a bold red door, there is an immediate fixation, especially when set against a plain backdrop or unremarkable wallpaper.

We, alongside the characters, develop a persistent curiosity, a need to know what’s on the other side. More often than not, this unnerving pigment beckons us forth to our doom.

There are certainly some iconic horror garments out there, but red clothes are arguably the most impactful and recognizable, standing out amidst gloomy weather and mundane locales. Whomever is sporting the damning colour is someone marked for or by death, undiscerning of age, sex, or disposition.

It can be part of the last ensemble worn by a now-deceased little girl, whose guilt-ridden parents are haunted by her fatal accident and ongoing absence; or, it can be a recurring striped outfit sported by a monstrous villain whose threat is unending. Indeed, red has a way of not only ensnaring our gaze, but lingering long afterwards.