With the following reviews, I can say that I’ve survived 2018’s festival season! As with 2016 and 2017, the year has brought us some truly outstanding selections at a number of different festivals and I’m always happy to have the opportunity to experience them, whether at home or with a crowd of enthusiastic horror fans. Thank you to Blood in the Snow for having me again this year!

The moral of Robert Heydon’s supernatural drama seems to be that you should always do your due diligence on the NextDoor app before buying a house. When happy young couple Larissa (Karen Crew) and Matt (the always winsome Adam Brody) move into a new house in preparation for their upcoming new baby, Larissa begins to experience strange encounters with the family next door. After a tragic miscarriage, the sinister happenings begin to intensify, affecting both her marriage and her sanity.

As a supernatural horror film, Isabelle doesn’t reinvent the wheel or push the envelope, but it’s effective enough. While it is held back a bit by lackluster special effects, it is elevated by the performances by its lead actors, who deliver relateable and sympathetic performances. 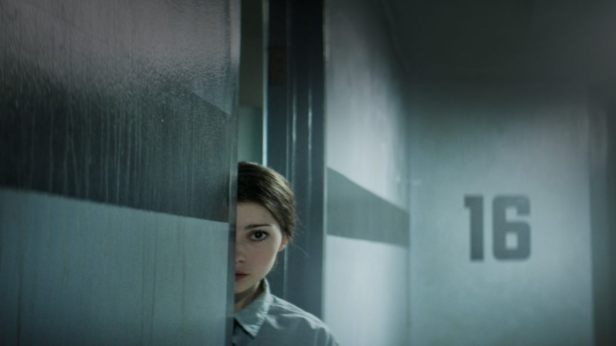 Dystopian art is very of-the-moment these days. The acclaimed television adaptation of The Handmaid’s Tale struck a chord for a reason. Danishka Esterhazy’s phenomenally suspenseful speculative fiction film Level 16 mines similarly fertile territory (no pun intended) in its chilling depiction of the Vestalis Academy, a prison-slash-boarding school which is home to a group of orphaned young women. Artful direction and cinematography beautifully convey the vision of the writer-director, who weaves allusions to Golden Age Hollywood into the script, styling, and even lighting decisions (watch out for some gorgeous chiaroscuro).

The mystery of the Academy unravels slowly throughout one hour and 42 minute run-time with hints dropping enticingly and enigmatically, always whetting the audience’s appetite for further information that seems to be held just out of reach. Until the horrifying and disturbing final act, that is. Level 16 is the highlight of Blood in the Snow 2018, a superb feminist triumph and a sobering warning. Watch for its release in early 2019 — it is not to be missed.