We really enjoy a good short film here at AOAS. If you’re in the mood for a smorgasboard of bite-sized frights, check out the Blood in the Snow Canadian Film Festival‘s Short Film Showcase #1, screening tonight at 7:00pm at The Royal Cinema. Here are a few highlights from the program!

Charlie Hamilton delivers a simple but effective supernatural thriller in That’s Not Me, a tense little tale that illustrates why you shouldn’t answer your door on a rainy night (unless, of course, it’s Uber Eats). The eerie storyline is bolstered by performances from AJ Edmonds and Victoria Urquhart that raise the chill factor tenfold (and don’t get me started on that outstanding score by Nick Grimshaw).

When a group of students venture outside during a cold snap, they learn the true meaning of the word “frostbite”. This film was created by a group of 5th-9th graders of the Yellowknives Dene First Nation at Kaw Tay Whee School in Dettah, Northwest Territories. While the setting is frigid, the film has some heartwarming moments (and a pretty great monster!)

When two members of the “Naughty” list accidentally meet one Christmas Eve, a spirited negotiation ensues. Alex Hatz’s delightful yuletide hostage short is bolstered by both a hilarious script and pitch-perfect performances from Ken Hall and Zoe Hatz. A fine way to ease into the holiday spirit as November draws to a close! 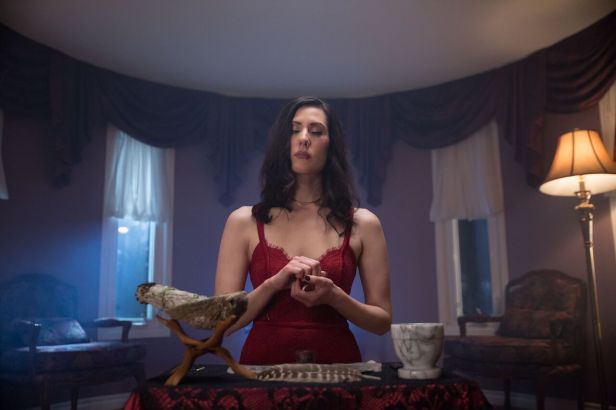 An expectant mother must make a difficult decision when a real-life thought experiment shows up on her doorstep in Andrea Ashton’s speculative fiction short. What would you sacrifice to save the many?

Squabbles between neighbours are rarely pretty, but the conflict in Eva Colmer’s The Suburbanight might make you think twice about airing your complaints again. The side that you choose in this battle may say a lot about you as a person!