Looking for a fun date night activity? Treat your sweetheart(s) to some undead intrigue with Friday’s Blood in the Snow Canadian Film Festival programming.

One part zombie film to two parts conspiracy thriller, Adnan Ahmed’s Canadian-Pakistani feature Altered Skin takes a unique approach to the horrors of the zombie epidemic. The film focuses on Craig Evans (Robin Dunne), an American ex-pat residing in Karachi, Pakistan, a city currently experiencing a zombie outbreak caused by a new virus named MN-2. But, unlike other films where the appearance of a zombifying pathogen quickly leads to the breakdown of society and end of the world as we know it, this epidemic is (barely) controlled via the use of transdermal patches. The medication, called Sedare, does not cure the disease. Instead, it helps patients to control their symptoms temporarily. And, unfortunately for Craig’s wife, Insiya (Juggan Kazim), it does not work in the advanced stages of the disease. With his wife in a medically induced coma, Craig starts to look more deeply into Ingenec, the pharmaceutical company that manufactures Sedare. After a mysterious package is sent to his home, Craig finds himself drawn into a dangerous investigation that may hold the key to saving his wife’s life … or end his own.

If you’re looking for run-of-the-mill, flesh-tearing zombie fare, you won’t find it in this slow-burner. What you will find is a quiet, intriguing (and, ultimately, political) thriller with a lean script and fine cinematography. Altered Skin offers more mystery than murder, slowly and satisfyingly unravelling the terrifying true nature of the deadly outbreak. Yes, you will get to see a few necks torn open by mindless predators, but the real horror of Altered Skin (as with so many other zombie stories) always lies in the darker side of human nature. 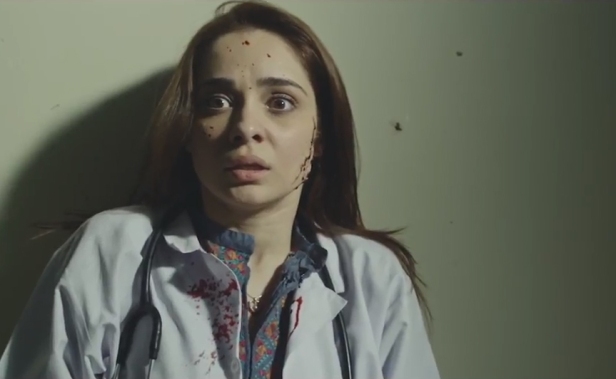