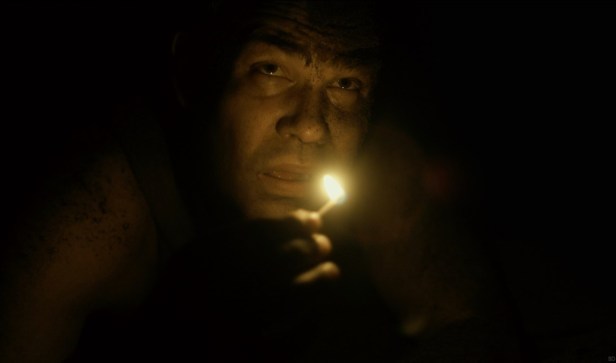 The logline for Trench 11 is deceptively simple: “In the final days of WWI a shell-shocked soldier must lead a mission deep beneath the trenches to stop a German plot that could turn the tide of the war.” This is called burying the lede because the “German plot” is in fact an human engineered parasitic worm that is passed along like a contagion via human fluids. Not unlike a traditional zombie or vampire film, Trench 11 is all about a small group of people trapped in an enclosed area, desperately trying to survive a threat that could destroy the entire world.

In the last few years, Canadian distributor Raven Banner has done a great job of nabbing low budget horror and science-fiction films from the festival circuit and securing them a wider audience with releases on VOD and DVD (A few favourites include UK import Charismata and Audrey Cumming’s Berkshire County, which played at Blood In The Snow and The Bloody Mary Film Festival).

In Leo Scherman’s Trench 11, they’ve found a relative winner: a combination of the underground claustrophobia of The Descent, the German undead of Dead Snow and a smattering of other fixed location horror films. Here the narrative is 3/4 split between Allied soldiers and their Canadian tunnel expert Berton (Rossif Sutherland) and 1/4 on the Germans who have cooked up a weapon that they are desperate to keep the lid on.

The film begins with little to no exposition. Major Jennings (Ted Atherton) outlines the mission and the ragtag collection of men almost immediately jump into action. The Allies have discovered that despite an impending armistice that will end the war, the Germans have been cooking up a secret project that needs investigating.

The remaining quarter of the film focuses on the Germans, who are trying to keep their experiments at Wotan Compound buried (literally). Unfortunately Reinier (Robert Stadlober), the German scientist who concocted the mad scheme, refuses to let go of his weapon. The two groups collide in the boarded up tunnels of the trenches as the infected make short work of the supporting cast, quickly whittling the men down to Berton, his wary German counterpart Müller (Shaun Benson) and a select few others. 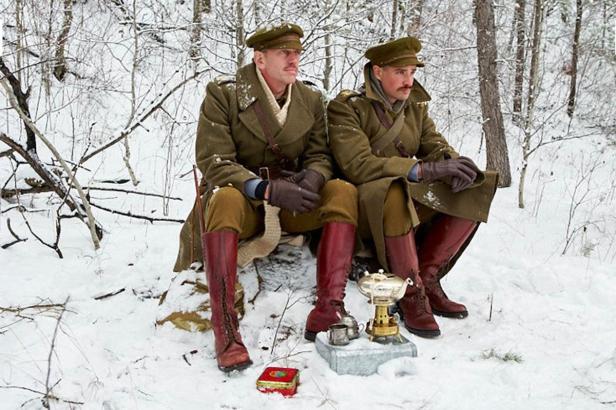 The relatively straightforward plot is predictable and one of the film’s least successful elements. The vast majority of the cast, particularly the secondary characters, are bereft of anything resembling distinguishing characteristics or backstories, so their impending deaths are telegraphed as soon as they’re introduced. In some cases they might as well be wearing red shirts.

This lack of audience investment even extends to some of the main cast, several of whom fail to make much of an impression. Disappointingly this applies to our lead Sutherland, who is introduced as a trauma survivor and drug addict and typically comes off as flat and a little boring.

Thankfully he is paired up with Benson early on. As mutual enemies that are begrudingly forced to work together to save mankind, their interactions have an enjoyable crackle of tension and distrust. Faring best of all is Stadlober, whose mad scientist becomes increasingly unhinged as the film progresses. While his broad, go-for -broke performance might have been out of place in a more traditional horror film, here it adds a comedic element that keeps the film from sagging as it heads into the climax. 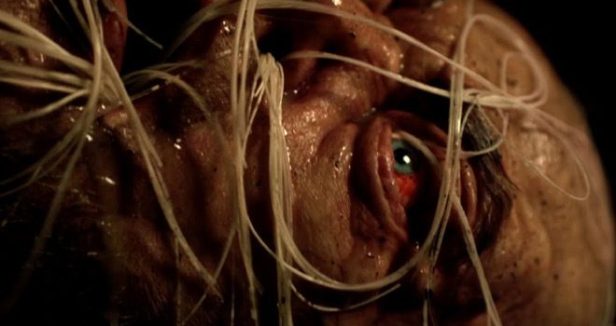 If there is one reason to recommend Trench 11 it is the glorious, gooey practical effects. The spaghetti-like appearance of the worms isn’t particularly threatening when it is seen individually, but the icky facial contusions of the infectees and the glimpses of the worms slipping in and out of convulsing bodies is effective. One particularly memorable scene is an audibly impressive autopsy sequence involving a chest cracker that may have elicited an “ewww” in my household.

Better still is the gore. It’s not entirely clear if the rage-filled soldiers are still sentient, but they certainly do a great deal of damage on unsuspecting victims. Scherman clearly stretches his limited budget in re-used trench sets, a small cast and clever lighting, but it is clear where he allocated a large portion of his budget. When it comes to a rifle blast to the head or a ripped out throat, the FX team delivers the goods. Nothing compares to a well-used practical effect and Trench 11 wisely leans into it.

A minor complaint is the brief (cameo) appearance of Canadian treasure Karine Vanasse as Berton’s girlfriend. Given the period setting and the military nature of the plot, it’s no surprise that men are the focal point of Trench 11; unfortunately her very tiny role is the sole time a woman appears in the film. Considering how talented Vanasse is and her symbolic role as Berton’s will to survive, more than a brief tease would have been appreciated.

Trench 11 is now available on VOD, Digital and DVD.