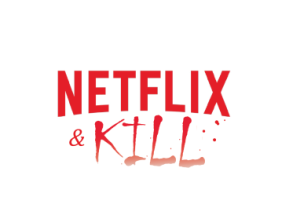 It feels as though the rain is never going to stop (in Toronto, at least), so chances are you’ll be spending some time with your Netflix account this month. As always, we have a few recommendations to help you enjoy a creepy night or two. Check out our picks below!

Synopsis: Two families come together to try to survive in a post-apocalyptic landscape, but interpersonal tensions pose a growing threat.

While its bait-and-switch marketing campaign did it no favours (and, in fact, drew the ire of many unhappy viewers who felt deceived), It Comes At Night is a solid, if bleak, paranoiac horror film set in what seems to be a dystopian near-future. An infection that promises a brutal death to any who contract it threatens the few remaining survivors — but, as with almost any other post-apocalyptic film, the real risk may be the other uninfected humans. What sets It Comes At Night apart from other films of the same ilk, apart from its across-the-board great performances? For one thing, its use of highly effective, nightmarish dream sequences which, due to a character’s penchant for somnambulism, may not be dreams at all. For another, its focus on the coming-of-age of its young male lead, a path to maturity complicated by his relative isolation. And finally, the film’s marvellously dark and dismal tone and finely wrought tension.

Synopsis: A terrible accident and subsequent cover-up irrevocably destroy the friendship of two teenage boys, who grow increasingly disturbed as paranoia sets in.

When you’re in the mood for: Teen drama; thriller; slow burn; paranoia.

Zach and Josh are lifelong friends, until they’re involved in a tragic accident that sends both of them reeling. Though they try to keep their horrifying secret, their trust in each other erodes, and the two of them succumb to an increasingly violent paranoia.

The film tenderly captures the absolute absurdity and terrible grandstanding banality of heteronormative teen male bonding and beautifully conveys the desperate, overwhelmed confusion of the young protagonists who aren’t yet mature enough to effectively cope with their trauma. Super Dark Times offers a creeping slow burn, winding its way from teen drama to horror as the psychological ramifications begin to take their toll on the boys.

Synopsis: A douchebag womanizer swipes right on a woman who ends up being more than he bargained for.

When you’re in the mood for: Relationship thriller; millennial horror; stalking; thriller; suspense.

Bad Match is a relationship thriller that turns the Fatal Attraction formula on its head and does a great job of exploring the cruel and painful intersection between male entitlement, the alienation of the digital age, and the superficiality of Tinder culture. In terms of the newest batch of relationship (situationship?) horror flicks, Bad Match is smarter and more entertaining that You Get Me and is definitely worth a watch. (And once you’ve seen it, check out our Squad Talk on it.)

If you caught the surprise drop of Cloverfield: Paradox on Netflix after the Superbowl but still haven’t seen the original Cloverfield, you’re in luck. It was just added to Canadian Netflix. Like each of the Cloverfield films thus far, it has its own particular flavour — and it offers some pretty effective, tense sequences and decent special effects.

The initial installment is a found-footage mystery-monster-adventure-thriller centring on a close-knit group of friends in New York City who’ve gathered to say goodbye to one of their own, Rob, who is about to leave to pursue a job opportunity in Japan. As relationship drama threatens to tank the party, disaster strikes – the city is plunged into havoc when it’s mysteriously attacked. Who — or what — is causing the damage? If you don’t yet know, I’m not going to tell you. Just watch the film!