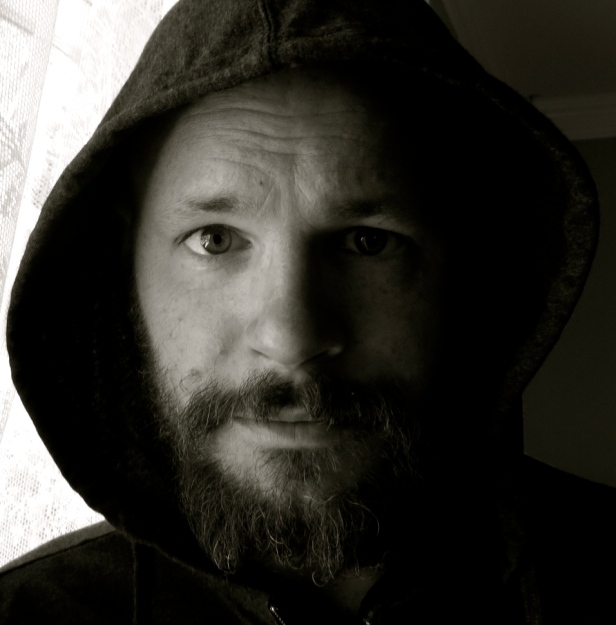 Peter Dukes is a horror writer/director known for the short films The Beast (2012) and Little Reaper (2013), and the feature length film Escape Room (2017). He worked with iconic horror actor Bill Oberst, Jr. on The Beast and Skeet Ulrich (Scream, The Craft) and Sean Young (Blade Runner, Dune) on Escape Room.  Ahead of its U.S. release, I was thrilled to have the chance to screen his new film Escape Room and I enjoyed it very much. I thought the story was clever and I especially loved the sinister ending (no spoilers!). The film follows friends and horror aficionados Ben and Jeff as they and their girlfriends try to find their way out of an Escape Room owned by Brice (Skeet Ulrich), who has unknowingly unleashed an ancient dark entity. There are some wicked scares and compelling plot twists, and it’s a fun film that I think hardcore horror fans will embrace. The film has been released overseas and should be available in North America soon. I was excited to have the opportunity to talk with Peter Dukes about Escape Room, his work, and the future of horror.

Michelle: Why did you want to be a filmmaker and how did you get started?

Peter Dukes: My parents have always told me that at four years old I watched Raiders Of The Lost Ark over fifty times in a row, so it’s fair to say that I’ve loved movies from the get-go! This love soon blossomed into me crafting my own stories, be it short home movies, books, comics and so on. In time, this naturally led me to film school and the rest is history.

Michelle: What made you choose the horror genre?

Peter: I didn’t choose the horror genre so much as it chose me, ha! There’s a tremendous amount of creative flexibility, cleverness, and strength in its DNA that meshes well with the way my mind and my imagination work. I have a soft spot for it, but what matters to me above all is the story. If there’s a great story to tell I’m hooked, regardless of genre. 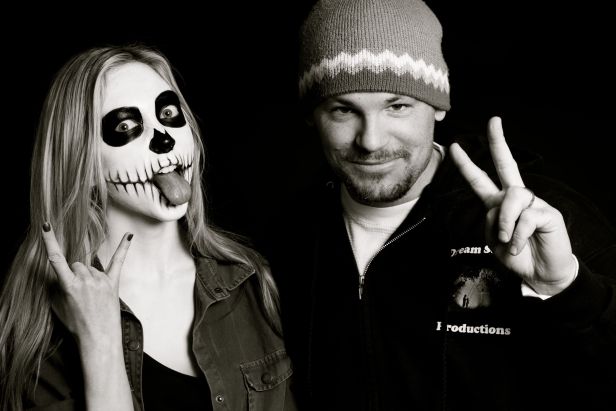 Michelle: Is there anyone who influences your writing and, if so, why?

Peter: Not one person in particular, no.  I read a lot of screenplays, first and foremost. These scripts don’t influence me in terms of what kinds of stories I tell or how I tell them, but they do keep me sharp, in terms of how one can always write a better screenplay. One that pulls the reader in from page one and never lets go. It’s an art form and not an easy one to master. I imagine I’ll be a student my entire life in this regard. In terms of what writing actually influences me, from a creative standpoint, well, I’m a voracious book reader so, just to name a few, authors like Ray Bradbury, H.P. Lovecraft, Mary Shelley, Shirley Jackson and Herman Wouk. These guys were absolute top notch and their work has stood the test of time for good reason.

Michelle: Do you have a favorite place to write?

Peter: I cut my teeth having to write where and when I could, so it’s not uncommon for me to be working on a new feature screenplay tucked into some quiet nondescript corner of my home office in the middle of the night. Simple but it does the trick. I don’t need to be sitting on an open patio overlooking a magical misty wood to get inspired to write, but should the opportunity ever present itself.

Michelle: I’m a fan of Bill Oberst, Jr. and I also know he’s an amazing person. What was it like working with him on The Beast?

Peter:  Bill’s great. A total pro. Not only a great actor, he’s also an all hands on deck type of guy, willing to help out in any way that’s needed. The Beast was among the most difficult productions I’ve ever had, from a time and money standpoint, so having him on set was a real lifesaver.

Michelle: What was your inspiration for the story in Escape Room?

Peter: Escape rooms are an attraction that have really exploded in recent years. I’d been keeping an eye on them for some time, before they really blew up here in the states, and I really enjoyed the passion and enthusiasm people had for them, particularly from those who were creating them. There was a lot of imaginative, innovative work being done and I felt there was a great story waiting to be told involving this concept. It just felt like an untapped market.  It wasn’t until a friend of mine told me a story about an Escape Room they went to in which they had to deal with this zombie tied up inside the room with them that I finally figured out how exactly I wanted to tell my story.  After that, it was off to the races.

Michelle:  I’ve seen Escape Room and I loved it and I won’t give away any spoilers. I think Skeet Ulrich was the perfect choice for the role of Brice. What made you decide to cast him in this film?

Peter: One of the producers of the film, Corbin Timbrook, who was actually the first one to find my script, had talked with me about a few different names for us to consider for the role of Brice.  There was some really talented people in the mix, but when Skeet Ulrich’s name came up, we both immediately knew he was our guy. His demeanor, his look, his talent, it was exactly what we needed. The offer went out almost immediately.

Michelle: I related to the people who were trapped in the Escape Room and I think it’s really cool they were big horror fans. How did you create the characters Jeff and Ben?

Peter: Being a fan of horror myself, I’m tied into a lot of “horror” people out there, both within and outside of the film industry. It’s a close-knit community, and a passionate one that I respect and admire. One thing I love seeing is when a group of these fans, be they casual or devout, get into conversations, debates, and quizzes on their list of top horror films, top horror filmmakers, both well-known and new on the block, top classic horror, top villains, scariest books, most influential or most thought provoking, gory horror or more psychological based horror, old horror or new, and on and on it goes. The point being, it’s a genre that sparks engagement, and I love that. I wanted to put that into Escape Room, as a respectful nod to the fans.

Michelle: What is your dream project?

Peter: A tough one to answer, but I think I’d have to say Ray Bradbury’s Something Wicked This Way Comes. Just a masterful piece of work that I can strongly relate to.

Michelle: Who is your favorite filmmaker and why?

Peter: There are many I look up to, but I’d say Steven Spielberg and Krzysztof Kieslowski are among my favorites, each representing a different spectrum of narrative filmmaking, one side being mainstream, the other not so much. These guys are true auteurs. Not only have they created works that one can strongly connect with, but they also ask, if not demand, that you look at both yourself and the world around you from a different, often eye opening, perspective. Very inspiring.

Michelle: 2017 was a great year for horror films. Is there anything you are looking forward to in 2018?

Peter: It’s still early, but at the moment I’d say Hereditary, which drew a lot of buzz at Sundance, drawing comparisons to horror darlings The Witch and The Babadook. Winchester because it’s a fascinating house with an equally fascinating story behind it in real life. Plus…it’s got Helen Mirren in it. And she rocks. A Quiet Place looks intriguing, The Predator I’m pulling for because I’d love to see the “creature” finally get a film that’s worthy of him. Shane Black’s involvement gives me hope. Finally, Suspiria. I loved the original. Time will tell whether they can pull the remake off or not, but I’m definitely keeping an eye on it. 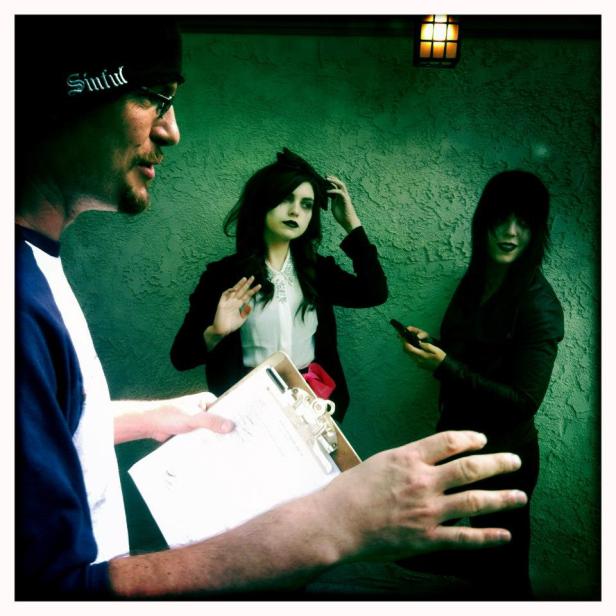 Michelle: What is your favorite horror movie and why?

Peter: This is exactly the kind of question that would set off a heated debate between Ben and Jeff ha! I really don’t have one. It’s apples and oranges. I love different horror films for different reasons. Jaws, Duel, Poltergeist, Let The Right One In, The Lost Boys, The Babadook, The Thing, Halloween, Suspiria, Alien, The Exorcist and Evil Dead 2 are all definitely on my list. As to why? Ohhhh, for so many reasons. I’ll focus on Let The Right One In for this one. That movie came about at a very strange time for me and horror. We were in the thick of the type of horror films that were once extreme and had gradually become mainstream. Really, really gory and realistic type of stuff, like Hostel and Saw. The kinds of films where the manner in which people were being killed seemed to interest people more than the story itself. That’s fine, you know, to each their own, but it just wasn’t my cup of tea. I really hadn’t seen a horror film in a long time that really blew me away … and then I came across Let The Right One In, a beautiful, emotional, subtly disturbing horror film that really kind of hits you only AFTER you’ve seen it (when some things click into place). That movie basically restored my faith in modern horror films, and re-established my faith that great horror (of all variety) was still very much alive and well out in the world, just waiting for me to find it. 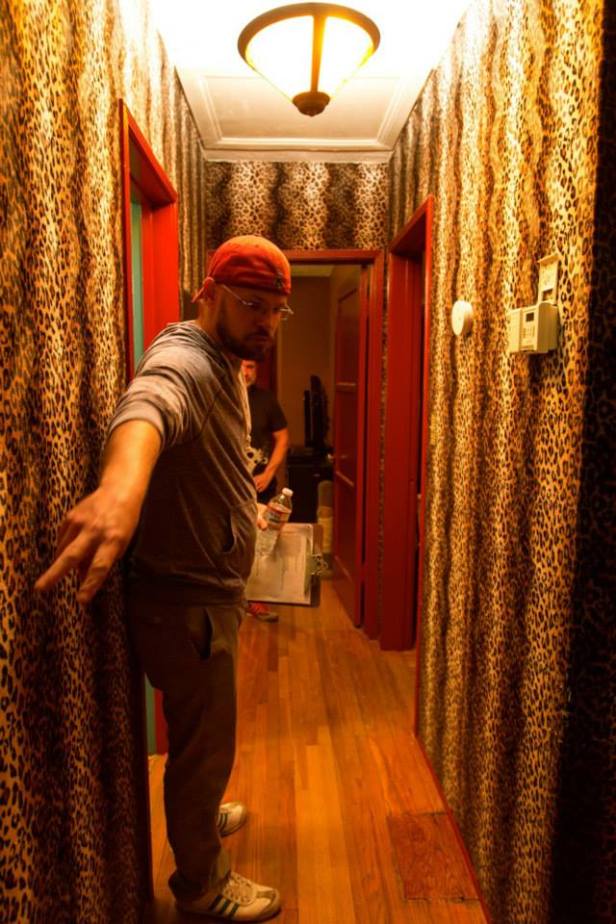 Michelle: I’m looking forward to seeing more horror movies from you. Can you tell me about what you are working on now?

Peter: I’ve got a number of feature projects I’m currently involved with. I wrote and will co-produce a paranormal horror film called Specter for Black Widow Productions. Corbin Timbrook is producing and will also direct this project. Producers Shelby Janes, Galen Walker and Larry A. McLean are also on board to produce. I wrote and will direct the horror/drama They Watch, which is loosely based on a short film I did several years ago. Actress Diora Baird is attached in a leading role. I co-wrote and am attached to direct the yeti horror/adventure film Echoes In The Wind for Veluvana Pictures. In addition to these, I have a number of screenplays that I’ve written that I’m pushing out to producers. I like to keep a full plate. Gotta stay proactive in this business!