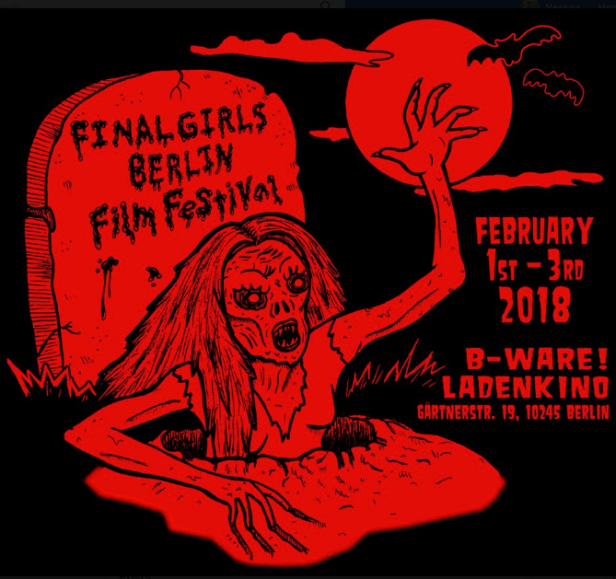 The mission statement of the Final Girls Berlin Film Festival is one that really resonates for us here at Anatomy of a Scream (and probably for many of our readers, as well.) As per their website:

Final Girls Berlin Film Festival showcases horror cinema that’s directed, written, or produced by women. We are committed to creating space for female voices and visions, whether monstrous or heroic, in the horror genre. We are lashing against the tokenization of women as objects and beautified victims, and are working towards the primacy of women as subjects in horror […] Our definition of women includes anyone with female experience –past or present– and is trans-inclusive. Anyone who feels addressed by the term is welcome to submit their films to the festival.

February 1st marks the first day of the festival; the night will close off with a screening of 2014’s Lyle.

Quiet, creepy, and claustrophobic, Lyle is low-key supernatural mystery-horror about the haunting and heartbreaking nature of complicated grief. Stewart Thorndike both wrote and directed the film, and Lyle marks her first feature-length effort. The film stars the criminally underrated and underused Gaby Hoffman as Leah, a woman pregnant with her second child who moves to a beautiful and spacious new apartment with her partner June (Ingrid Jungermann) and their daughter Lyle. Soon after they move in, their 60-year-old building manager (an absolutely perfect Rebecca Street) begins mysteriously exhibiting signs of advanced pregnancy. Then tragedy strikes — Lyle is mysteriously killed, and Leah begins slipping in and out of paranoid obsessions regarding the fate of her firstborn.

Lyle has been described as a “lesbian Rosemary’s Baby” and, yes, there is a lot of that there in terms of the bare bones of the story. The creeping unease and paranoia are there in droves, but the film’s raw emotional core and poignant, sympathetic performances are to the credit of its steadfastly female gaze. While the story becomes a little predictable midway through the film, the journey to the inevitable destination remains compelling, often startlingly so, and there are still a few surprises to be had. 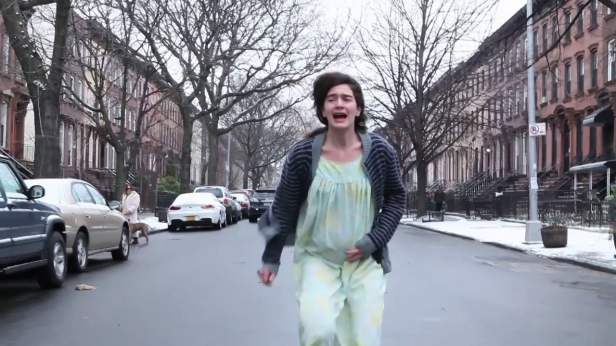 Lyle is beautifully photographed by Grant Greenberg, whose oft-unexpected shot compositions keep the film dynamic and visually interesting. The sound design is spare and unobtrusive and Jason Falkner’s minimalist score is the pitch perfect complement to the film’s sinister subtlety. Lyle makes the most of a run-time that only slightly exceeds one hour, making for a stark, tautly-paced exploration of lingering grief that doesn’t overstay its welcome.

Lyle will be screening at the Final Girls Berlin Film Festival on February 1st.