I was a huge fan of the original Twin Peaks series created by Mark Frost and David Lynch, which ran from 1990-1991. Every week, I would go to my mom’s house and we would watch it together. Afterward, we would have a big debate and throw around our own personal theories as to what was going on, while drinking coffee and eating doughnuts. It was a part of my life that has stuck with me for over 25 years.  In the last scene of the series, a spirit that looks like Laura Palmer told Agent Dale Cooper, “I’ll see you in 25 years.” Roll credits. If you watched the series, you know all about Laura Palmer’s murder, the red room, the Black Lodge, and Bob, as well as all of the colorful characters and weird events that took place.

Now, a little over 25 years later, David Lynch is giving us Twin Peaks: The Return, which promises to be 18 episodes of pure Lynchian goodness (and even opens with the retro Twin Peaks music and credits). Fans of the original series will be thrilled by the return of original cast members and the new additions fit right into this fantastic and bizarre little universe.

I will tell you that you will love the music in this series. Along with the return of composer Angelo Badalamenti from the original series, David Lynch has somehow found some of the most Twin Peaksy and fantastic bands to ever grace the earth, and he showcases one at the end of each episode. The official soundtrack for Twin Peaks: The Return will be available this fall and you’re going to want to get it. 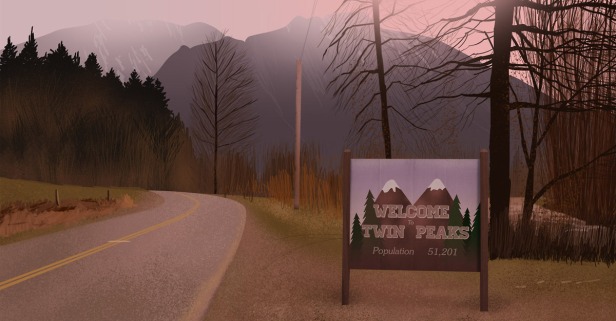 Before the show premiered on Showtime, David Lynch said that the film Twin Peaks: Fire Walk With Me would be required viewing for the new series. I took him at his word and re-visited the film just before the series started.

He was so right about it being relevant.  For example, there have been several references to “blue rose” in the new series by FBI Deputy Director Gordon Cole (played by David Lynch), who has been searching for Agent Dale Cooper for over 25 years with the aid of partner Albert  (played to perfection by the late Miguel Ferrer).  In Twin Peaks: Fire Walk With Me, there was a scene that talked about blue rose, but they didn’t explain the meaning. As with anything Twin Peaks-related, there are many theories out there. One theory is that blue rose refers to Project Blue Book, which has to do with UFOs.  This is an interesting theory since Agent Cooper has been trapped in the Black Lodge for the past 25 years and it seems very much like he is not in this world. Are aliens behind the Black Lodge? Bob seems more like a demonic entity to me, personally, but hopefully we’ll learn the answer during the new series. 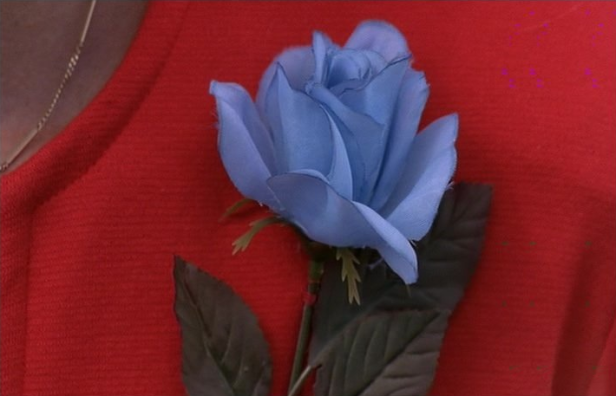 If you’re not caught up on the first 8 parts of Twin Peaks: The Return, get to work on that – be warned that there are *MAJOR SPOILERS AHEAD*.

While Agent Dale Cooper has been trapped in the Black Lodge, Bob/Evil Coop has escaped into the real world and become his doppelganger. He has been coldly murdering people and running guns, and in a crazy series of events has wound up in prison.  The one-armed man, who is also in the Black Lodge, has been trying to bring Bob back so that the real Agent Cooper can be freed. A third doppelganger named Dougie is also introduced; he likes to gamble and lives in Las Vegas. When the Black Lodge attempts to switch Agent Cooper and Bob, Dougie is mistakenly sucked into the Black Lodge, and what appears to be Agent Cooper is sent to replace Dougie. All of this is very confusing, because I wondered how there could be a third doppelganger. My theory is that Dougie is in an alternate dimension, because when the exchange takes place, Dougie/Agent Cooper is like a newborn baby. He can’t do anything for himself and he has no memory of anything.  Dougie is played out during several absolutely hilarious sequences, when he is lost in a casino and then just trying to get through everyday life with the assistance of his wife, played by Naomi Watts. Kyle MacLachlan’s performance of 3 different parts, all bizarre in their own way, should earn him at least an Emmy nomination, in my opinion. Dougie wanders around aimlessly like a lost child and can’t even dress himself. He does recognize coffee, though, which means maybe some small part of Agent Cooper is in there. 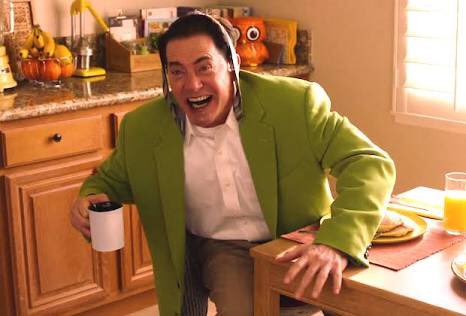 Twin Peaks: The Return features many other familiar faces from the original series, which has made this Twin Peaks fan extremely nostalgic.  In one of the most shocking revelations, heartthrob and bad boy Bobby Briggs returns grey-haired and now a Sheriff’s Deputy. 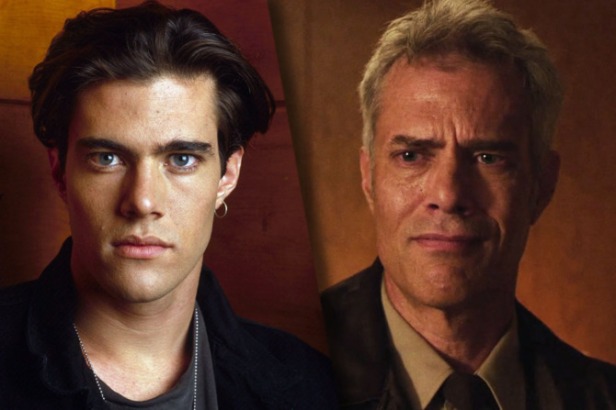 Deputy Andy and Receptionist Lucy are now married, and have a son named Wally Brando, played by Michael Cera, who does a whimsical impersonation of Marlon Brando.  Sadly, actor Michael Ontkean is now retired and decided not to return to Twin Peaks as Sheriff Harry Truman, so his character’s brother Frank Truman, played by Robert Forster, is filling in as Sheriff while Harry is in the hospital. Mädchen Amick has aged beautifully over the past 25 years and returns as Shelly Johnson. Fans of the original series will remember that Shelly was married to the abusive Leo and was having an affair with Laura Palmer’s boyfriend Bobby Briggs.  Shelly still works at the Double R Diner and now has a daughter named Rebecca, played by Amanda Seyfreid, who has a shady husband named Steven, played by Caleb Landry Jones. Horror fans will recognize Caleb from films like Antiviral and Get Out. Some fans are speculating that Rebecca may be the new Laura Palmer, meaning she might mysteriously end up murdered.  We’re in David Lynch land now and nothing makes sense. And it’s wonderful.

I know all of this is a lot to take in, so go ahead and take a deep breath, because there is so much more. Twin Peaks: The Return has given us several glimpses inside the Black Lodge, where Agent Cooper is still being held hostage. It seems a lot like outer space, but with red curtains. 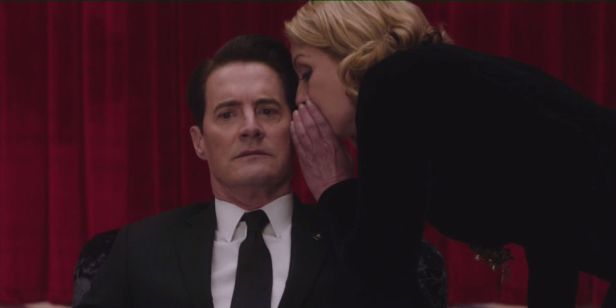 Part 8 of the new series spent a good half hour taking us on what seemed to be a bad acid trip and was overwhelmingly mind blowing, even by Lynch’s standards.  It depicts the detonation of the first nuclear bomb in New Mexico in 1945, which seems to give birth to Bob (and other evil spirits/aliens?). To say the latest episode of Twin Peaks: The Return was visually stunning would be a huge understatement. It was brain-melting, eyeball-exploding, what-the-hell-am-I-watching, with a dash of terror.  Lynch has quite possibly managed to out-Lynch himself with Part 8, if that’s even cosmically possible, and the fans are thirsty for more.  There is a 2-week break until Part 9 is unleashed, which gives people time to catch up on the series and continue to dissect everything that happened up until the insane Part 8.

There are a plethora of other things I could tell you about Twin Peaks: The Return, but then we’d be here forever. As the series continues, I’ll return with another post chronicling the absurd genius of David Lynch’s triumphant return to his cultural touchstone.

In the meantime, tune in to Twin Peaks: The Return, Sundays at 9pm EST on Showtime. It’s a damn fine hour of television history you don’t want to miss out on.

One thought on “Twin Peaks: The Return – A Damn Fine Hour of Television History.”