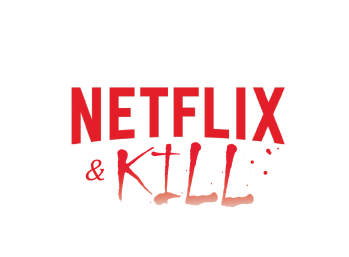 Here in Canada, we’re still waiting for the warm spring weather to fully drop. If you’re inside hiding from the lingering April showers that just won’t quit, check out my horror picks on Netflix.

Synopsis: A small-town stoner with a quick wit and few ambitions is pulled into a far-flung conspiracy when she finds herself cursed with an immaculate conception of supernatural proportions.

Lou (Natasha Lyonne) is a young woman struggling with substance abuse, a dead-end future, and – if that weren’t enough – a positive pregnancy test after a night of hard partying, even though she can’t remember having had sex. This Canadian-American independent body horror film isn’t for everyone – the characters are a little challenging, the subject matter a little off-putting. Drug use is rampant, the lead character lives in crushing poverty, and the film glories in its depictions of the sordid underside of the isolated Anytown, USA. Against a realistic backdrop, a highly improbable storyline plays out involving drug dealers, sex work, conspiracies, an impossible pregnancy, a mysterious stranger, and some truly awful physical symptoms. It sounds like a hot mess, and maybe it is. But the strength of the performances and the fever-dream nature of many of the directorial choices make Antibirth a really interesting experience, at the very least.

I found Lyonne’s performance especially magnetic – her Lou is impossible and exasperating, but she’s also genuine, compelling, and bizarrely sympathetic. Lyonne’s fully committed and highly engaging performance stays with you long after you’ve forgotten many of the finer points of the plot (a compliment that could apply to nearly all of her performances to date, as she is one of the most consistently memorable actors of her generation.)

Synopsis: After a zombie apocalypse breaks out in South Korea, a group of survivors trapped on a moving train try to find shelter and survive both the zombies and each other.

When you’re in the mood for: Zombies; K-horror; thriller.

If I had to describe Train to Busan in one sentence, I’d say that the film is Snowpiercer meets 28 Days Later. But I can use more than one sentence to talk about it, so I’ll go on to say that this break-out hit from last year serves as a powerful wake-up call for the zombie genre. Train to Busan packs a powerful and exciting punch that travels 350 km/h, but it also contains a surprisingly strong emotional core – stylish, action-packed set-pieces are well-balanced by character development and later developments in the film carry hefty emotional weight. The well-wrought tension is leavened frequently by just the right touch of light-hearted humour, and while the film dips slightly into over-sentimentality near the end (at least for my taste,) it certainly earns it.

Synopsis: Two newlyweds embark upon what they believe will be an idyllic honeymoon in a remote lakeside cabin, only to finds themselves entrapped in a paranoid nightmare after a mysterious disappearance in the middle of the night.

A whirlwind courtship may be romantic, but how well are you really able to get to know someone? How easily would you be able to tell if the person you thought you knew suddenly became someone else?

Leigh Janiak’s debut feature is a solid if subtle entry in the body-snatcher sub-genre. Unlike many other films dealing with the possibility of humans being replaced by other beings, Honeymoon is not really concerned about the consequences to society as a whole. In fact, the film is almost entirely consumed by the relationship between the two leads. While the other characters appearing in the story do further the plot and provide a small twist of a reveal, the film could easily have foregone their appearance altogether and still stood up as a fine showcase of a nightmarish downward spiral of paranoia, gaslighting, terror, and heartbreak.

Synopsis: The final installment in the popular Scream series, picking up 11 years after the events of the original.

When you’re in the mood for: Slasher; nostalgia; meta-horror; horror comedy.

If you’ve been living under a rock and are unfamiliar with the Scream films, the franchise follows the lives and deaths of Sydney Prescott (Neve Campbell) and her various friends and acquaintances as they are stalked by Ghostface, a masked killer whose identity shifts over the course of the series. The 4th installment boasts a remarkable cast that includes appearances by Anna Paquin, Kristen Bell, Allison Brie, Marley Shelton, Emma Roberts, Rory Culkin, Adam Brody, and Lucy Hale, in addition to the core returning cast. The defining trait of the Scream series has always been its slyly self-referential nature, skewering and subverting common horror tropes as well as its own past entries. While this entry really does overdo the self-referential stuff, it’s worth a watch to get closure on the series and revisit some old characters.