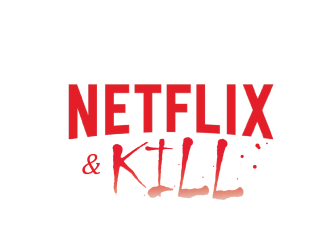 I’m sure that we could all use a little break from the depressing news this month. Let’s dive into some horror on-demand and figure out what you should be watching this weekend!

Synopsis: A series of horror shorts, each based around a different holiday.

When you’re in the mood for: Short films, body horror.

Anthologies can be pretty hit or miss, but this one is fairly well-curated in my opinion. It ranges from decent (Valentine’s Day, Mother’s Day, Christmas) to bizarre (St. Patrick’s Day, Easter) to banal (Halloween) to utterly brilliant (Father’s Day, New Year’s Eve). Themes of parenthood and body horror elements pop up frequently. The opening short is a synth-laden throwback to the 1980s with a sliver of sweetness and the final short is a catfish adventure with a brutal twist. The standout film, however, is Father’s Day. If you watch no other short in this anthology, watch Father’s Day. It’s an outstanding piece of short film and one of the most riveting things I’ve seen all year.

Synopsis: A more-Puritan-than-Puritans religious fanatic removes his family from a New England community in the 17th century under threat of banishment in favour of eking out a meagre existence alone in the wild. Witchy hijinks ensue.

From a production perspective, this film is flawless – the amount of detail and effort that went into creating accurate sets, costumes, and dialogue is extraordinary. From a story perspective, it’s also pretty damn impressive – while gorehounds and jump-scare junkies will (and did) bemoan the lack of cheap thrills, the film offers a sharp and unflinching exploration of the horrors that families can wage upon themselves, particularly where religion and repression come into play. Watch it for the spellbinding performances by the human actors, or watch it for Black Philip – either way, just watch it.

Synopsis: In 2023, America allows one 12-hour-period per year where all crimes go unpunished – known as The Annual Purge. This year, however, an Anti-Purge movement aims to disrupt this now-venerable (but contested) tradition.

When you’re in the mood for: High action; political horror; dystopia.

The Purge: Anarchy is a sequel to 2013’s The Purge, which was also written and directed by James DeMonaco. While the first film focused on one family and took place entirely within the confines of their own home, Anarchy has a larger scope – it follows the stories of a number of different people in Los Angeles who eventually wind up facing the night’s terrors together. While I really enjoyed the first entry in the Purge series, I found Anarchy more entertaining and ultimately scarier – the film serves up a ton of stylishly horrifying visuals of Purgers on the prowl and also digs deeper into the political inequalities that shape and define the annual event. As character Leo says: “The only way we stay alive is if we stay together.”

Synopsis: What happens if the zombie apocalypse doesn’t immediately wipe out humanity? What if the pandemic is kept just shy of annihilating humankind?

Maggie explores the medicalization of the process of becoming a zombie in the aftermath of a zombie apocalypse. Necroambulism is the diagnosis and there is no known cure. The film thoughtfully examines themes such as dealing with one’s own mortality, supporting terminally-ill loved ones, and combatting the social stigmas that are attached to certain communicable diseases. The film works very well both at face-value and on an allegorical level: Necroambulism could be a stand-in for any number of conditions (HIV comes to mind most readily.) This film is an incredibly fresh take on the traditional zombie film and, believe it or not, Arnold Schwarzenegger turns in a really great and understated performance as the father of Abigail Breslin’s affecting Maggie.