TIFF season has arrived! It’s the most magical time of the year (apart from Hallowe’en) and, horror nerd that I am, my most highly-anticipated screening this year was the premiere of Adam Wingard’s Blair Witch. (I also desperately wanted to check out Olivier Assayas’s Personal Shopper, but this year’s atrocious online ticketing system foiled my plans. My most-recommended film so far would be François Ozon’s gorgeous period drama Frantz, but I digress.)

Known throughout its production period and originally marketed as The Woods, the film’s sly bait-and-switch was revealed at this year’s San Diego Comic-Con when it was announced that The Woods (now known as Blair Witch) was actually a sequel to 1999’s The Blair Witch Project. My interest in the film immediately grew tenfold. I still remember seeing the original in theatres (though motion sickness caused me to be unable to keep my eyes focused on the screen for more than a couple of minutes at a time.) Stories about the filming of the original have always fascinated me – for a great podcast recounting the making of the film, check out this episode of the excellent The Girls in the Back Row podcast. While the original has many detractors, it also has stalwart fans, and its ongoing influence on horror can’t be denied.

The prospect of a Blair Witch film by Adam Wingard and writer Simon Barrett (the team behind 2011’s hilarious and brutal home invasion romp You’re Next) made my mouth water. I anticipated a heady mixture of creative horror and black comedy, and I wasn’t disappointed. Blair Witch follows James Donahue (brother of Heather Donahue, the unfortunate documentarian in the original) as he returns to Maryland’s Black Hills Forest with a group of friends in a desperate attempt to find his missing sister. The film is faithful to and builds on the mythology of the original while also adding its own twists. It also utilizes technology to incorporate some cool new gimmicks (one of which I wish had been used to much better effect, but maybe next time.) One problem I tend to have with found-footage movies is the suspension of disbelief required to accept the constant filming the characters seem to be doing, in both mundane and extremely life-threatening situations. Blair Witch neatly sidesteps this by outfitting the characters with wearable cameras. Problem solved.

The cast is engaging and likeable, the writing is sharp, and the scares are effective. Perhaps the film lacks the spontaneity of The Blair Witch Project, but I was so enthralled with the return to the woods and the creative set-pieces that I didn’t even care. Wingard and Barrett have pulled off a worthy sequel, and one that I definitely recommend checking out on the big screen. 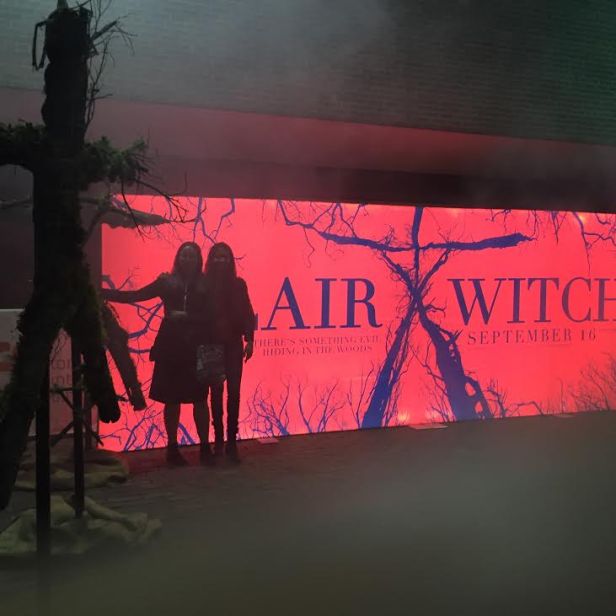