Too hot out to leave your house? Bored of your blu-rays? Never fear – I’m here to tell you what to watch. Whip up a margarita, sink into your couch, and check out my Netflix picks for August: 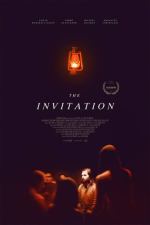 Synopsis: A man still traumatized by the loss of his son years earlier receives an invitation to a dinner party thrown by his ex-wife and her new husband. Over the course of the evening, he needs to figure out whether he and the rest of the guests are in peril or if he is losing his own grasp on reality.

Words cannot express how thrilled I was when it was announced that The Invitation was coming to Netflix. This film isn’t for everyone – its pace is near-glacial, and its focus is deeply personal. The plot is driven by relationship dynamics, frequent flashbacks, and understated dialogue. What is the purpose of this bizarre dinner party? What’s the deal with Eden and David’s newfound interest in a cult? And why are all of the doors and windows locked? While there are a lot of moving pieces in this excellent ensemble cast, it is through Logan Marshall-Green’s Will that we experience this seemingly sinister soiree. Marshall-Green is extremely effective in pulling us into his character’s deep grief and intense paranoia, and the film is electric with an unrelenting tension that offers precious few moments of respite. The outwardly innocuous is imbued with terrifying possibilities under Kasuma’s skilful hand. The film is saturated throughout with warm, gorgeous lighting, a beautiful backdrop to the unsettling nightmare unfolding before us. 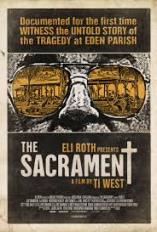 Synopsis: 3 journalists travel to South America to visit a utopian compound that has isolated itself from mainstream society. It turns out to be less utopian than it claims.

When you’re in the mood for: Found footage; indie horror; documentary; slow burn.

If you have seen the People’s Temple documentary or generally know the story of the Jonestown Massacre, you’ll be familiar with most of the beats of this film. While West unfortunately misses out on the opportunity to really add his own twist to the story, it’s a well-acted, nicely-shot, and overall competent retelling of the tragedy. There are some decent tension-building sequences and a handful of genuinely shocking moments. My love for AJ Bowen may have slightly tipped the scales in terms of my rating – your mileage may vary. Overall, a decent film to put on if you want to wind down with a nice glass of kool-aid. 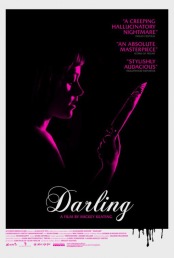 Synopsis: A lonely young woman is hired to take care of a mysterious New York mansion with a violent history and a forbidden room. She slowly spirals into madness.

Sparse, stark, and gorgeously photographed in black and white, Darling is a tough sell for a mainstream audience, but horror fans with a yen for arthouse and breathtaking cinematography will find the film interesting at the very least. Keating’s approach is brilliant, classic, and often fascinating. There are some trippy Lynchian influences on display in this film. There are strong shades of Kubrick here too, along with Polanski and Bergman. The result is an unsettling symphony of paranoia, tension, and, eventually, shocking ultraviolence.

The plot is divided into chapters, many of which feature very little dialogue, if any. The sound design is flawless – the film effectively ratchets up the tension with an incredible score and generous helpings of ominous silence. Much of the film follows Darling (Lauren Ashley Carter) as she explores the house and grows increasingly unstable – Carter does an excellent job remaining compelling throughout, pulling us wholly into her nightmare. 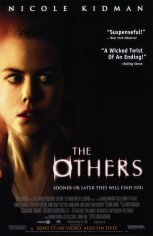 Synopsis: A woman moves to a remote country house with her two photosensitive children after losing her husband during the World War II. As the family settles into their darkened home and gets to know their new servants, strange occurrences seem to indicate that they may not be alone in the house.

When you’re in the mood for: Ghost story; period piece; mystery; Hollywood horror.

This beautifully-shot Spanish-American modern classic weaves a haunting mystery with psychological horror elements. Amenábar, who both directed the film and wrote its screenplay, eschews jump scares and special effects. Instead, the film is a study in classic horror storytelling – the film rewards a keen knowledge of the genre as Amenábar offers a number of subtle hints throughout the film as to the true nature of the mystery facing the family. If you’ve not yet seen this film and enjoy a good suspenseful ghost tale, I definitely recommend checking it out.