Don’t feel like heading out to the movies? Tired of all of your DVDs? Never fear – I’m here to tell you what to watch. Order a pizza, sink into your couch, and check out my Netflix picks for June: 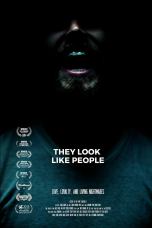 Synopsis: A troubled young man dealing with disturbing hallucinations must figure out whether his problems are related to the onset of schizophrenia, or his role in the coming war between all of humanity and the chameleon-like monsters poised to conquer the earth.

This is a deeply disturbing horror film that also serves double duty as a smart, thoughtful character study of two young men; former best friends who are thrust back together during their respective times of crisis. While the psychological horror slowly builds, the film spends equal time and effort exploring masculinity, friendship, and the intersection of the two. The realities experienced by each man is shaped by his own delusions and insecurities and the film does a great job of acknowledging the difficulty of communicating deeply personal emotional issues, especially between two men. Both leads turn in fantastic, sympathetic performances that superbly convey the motivations put forth in the strong script, which treats the audience like adults.  The film has some technical issues with sound mixing that are mildly annoying, but the writing, performances, and story are so good that it doesn’t even matter. It uses its tiny budget wisely, manages to create some genuinely unsettling special effects, and has an incredibly powerful nail-biter of an ending.

Synopsis: An average joe finds a promising ad on Craigslist offering $1000 in exchange for filming a man’s life over the course of one day, but ends up getting far more than he bargained for.

The found footage genre can be a little stale at times, but the startlingly compelling performance of Mark Duplass renders this film eminently watchable. Whether skating the surface of deeply awkward or mining the depths of deranged, he manages to retain a level of likeability and (veneer of) vulnerability that is disturbing, given that the film is a warning against the dire consequences of trusting strangers. The dialogue is often improvised and feels natural, and there are some clever self-aware twists that lightly lampoon the genre. Director and co-star Patrick Brice’s performance is often lackluster, especially in the first half, but Duplass provides more than enough charisma for both leads and elevates the movie far above what it ought to have been. Creep is an oddball selection with an effective payoff that truly lives up to its title.

Synopsis: Two siblings reunite years after the brutal murder of their mother by their father, and spend one twisted, mind-bending night in their old home trying to prove a supernatural connection that implicates a seemingly evil mirror in the crime.

When you’re in the mood for: Haunted object horror; psychological horror; mind games.

Mike Flanagan, who also directed Absentia, Hush, and Before I Wake, is an exciting name to watch out for in the horror genre. Oculus is a stylish, effective, and taut psychological thriller that relies less on cheap jump scares than on well-developed tension and wickedly disturbing occurrences. Flanagan artfully weaves together the current events of the film with meaty and timely flashbacks. The ingenious editing creates a sort of temporal maelstrom – the past and present feel inextricably intertwined at parts, with characters seemingly interacting with past selves. This deliberate obfuscation of real and remembered reflects the deceptions visited upon the characters by the haunted mirror; the disorientation of the leads is echoed in the disorientation felt by the audience. A well-acted and well-shot labyrinthine nightmare with a decent (if somewhat predictable) payoff.

Synopsis: A deaf author moves to a remote cabin in the middle of the woods to re-centre herself after a painful breakup and to finish her second novel. An encounter with a masked psychopath leads to a deadly game of cat and mouse.

When you’re in the mood for: Slasher; psychological thriller; final girl.

This is a fresh take on the slasher genre. Author Maddie (Kate Siegel) is a wonderful protagonist – capable, smart, and driven, her initial fearful floundering when faced with the masked murderer is realistic and believable. When she finally harnesses her will to survive and squares off against her tormentor, it feels like a battle between equals. The film eases itself slowly into the action, taking the time to flesh out Maddie as a real person before throwing her into a fight to the death, which really amps up the emotional investment. Hush also realistically addresses issues that are often glossed over in most slasher films, like the danger of hypovolemic shock and its attendant symptoms: confusion, weakness, lightheadedness, and loss of consciousness. The film is skillfully directed and edited, and the sound design is sublime.

Synopsis: An English skeptic and author on supernatural hoaxes visits a boys’ boarding school in 1921 to investigate a report of a possible haunting linked to the recent death of a pupil. Her findings cause her to question not only her beliefs, but also her own history.

This is a beautifully shot, atmospheric mystery-drama with some chilling scenes and lofty ambitions. While unfortunately the final act doesn’t end up offering very much that is new to the genre, the story is solidly executed and the cinematography is excellent. As a character drama, the film excels – Rebecca Hall’s Florence is a woman at odds with herself, and the abandoned, haunted boarding school winds up being the ideal palimpsest upon which to sketch out her conflicts – in more ways than one, as it turns out. A nice rainy day film to enjoy with a glass of shiraz.